We set off very early this morning to avoid the traffic. We stopped for breakfast at a Maccas on the way. We arrived in Geelong at about 9am and we did a ticky tour of the sites, including the Geelong Football Club, the pier and the botanical gardens. The art works in the steampacket gardens were wonderful. 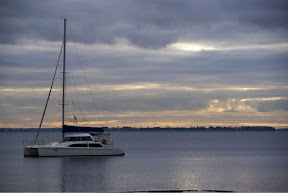 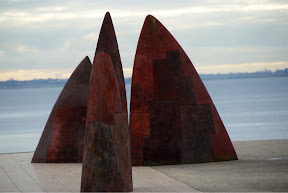 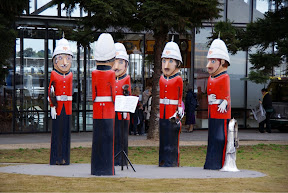 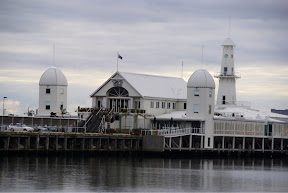 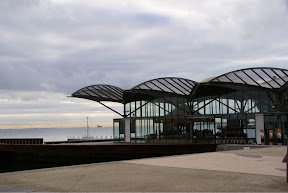 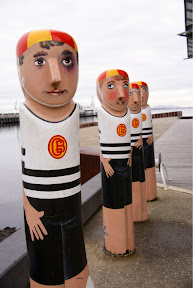 We stopped at the Ford Discovery Centre. I decided to miss this and sat in the car. Eventually the boys came back and we headed off to get some lunch and return to Melbourne. We did stop at another model shop but left them all in the shop. The drive back into Melbourne was quite difficult as the GPS sent us the wrong way a couple of times. Eventually we arrived at Loumik Design to visit Kevins brother and his partner. While we were there I checked out a wool shop and Kevin spent a lot of time and money in a bookshop which specialises in old motoring books. He was filling a box when I went to see what was taking so long. He organized to post them to Australia for us, so we did not have to pack them in our luggage.
We caught a train back into Flinders station and a tram back to the hotel. We are now owners of a MET card. After a quick refresh we were back on the tram heading to the MCG for our first football game between Carlton and Collingwood. Carlton had a good win. We walked back to the tram stop with the crowd and then caught a tram back to the hotel. I was eying off a seat that had become vacant when it was time to get off. Today has been a very long day.