Our first full day in Melbourne was busy. Chris picked up the hire car and we headed into South Melbourne for breakfast at a gorgeous little cafe called "Cafe Sweethearts". I had poached eggs with bacon on rye toast. 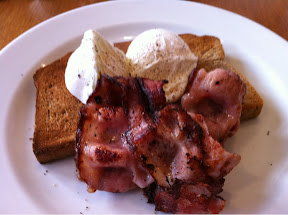 Then we went in search of some motoring icons. First was the Albert Park raceway used for the formular one race. Then we headed for the Holden headquarters to look at the display of concept cars. It was right next to the Kraft factory and there was a distinct smell of vegemite in the air. We walked up to the Holden entrance to find that it would not be open to the public until 10.30. We did not have time to wait so had to miss the display. Kevin took photos anyway. 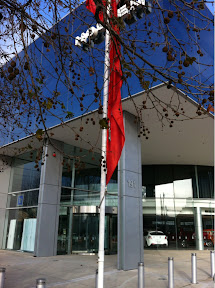 We eventually headed off for Phillip Island passing through suburban melbourne on the M1. We then turned off onto the South Gippsland freeway and headed south. It was rather hard to see anything as we travelled as there was a very grey fog. We stopped for a late morning tea at Caldermeade Cafe and Farm. 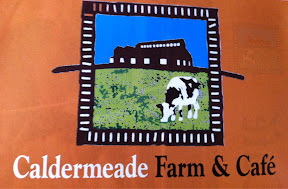 We next went through Lang Lang where Holden has a private testing facility. It was well hidden from view. We arrived at the Phillip Island track at about 1 pm. We had a look at the museum and the gardens and then headed off to look at the Phillip Island Nature Park. There was a very well built wooden walkway which gave us great views of the ocean and Round Island ( Nobby Is). There were fairy penguins in their nesting boxes and the fur seals were out of view on a rocky island. On our way out we took a track around the coast and managed to see a few birds and a local wallaby. 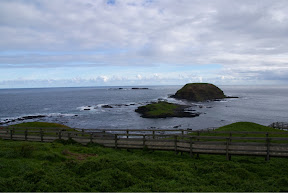 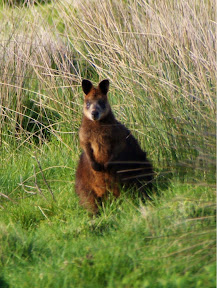 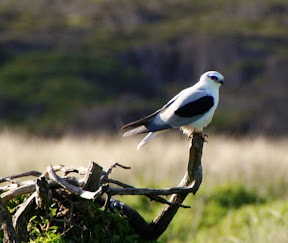 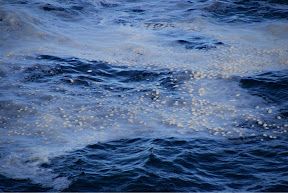 We think this was oil on the water. There was a wide spread slick. 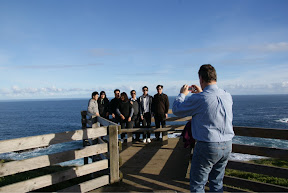 Kevin was asked to take a photo of this friendly group of tourists. He only took one as the battery was flat. 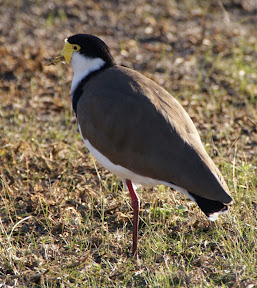 Lastly we drove on into Cowes where we had a late lunch of fish and chips. This town was similar to many holiday towns in Australia.
On our way back to Melbourne the sky put on a show. 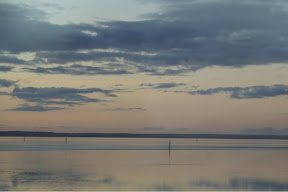 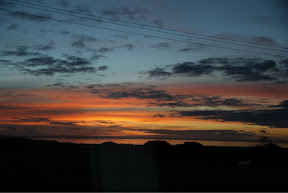 Hopefully this is a good sign for tomorrows weather.