We packed again and said our goodbyes to Simon and Rachael. Then we hit the motorway and headed south. As the weather was cold and fine we decided to head down to New Plymouth to see Mount Taranaki covered in snow. We stopped at Otorohanga for lunch at Maccas and a quick look at the shops. I found a Buzzy Bee at last. 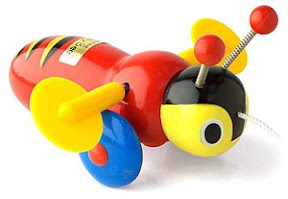 We then turned off to see the Waitomo Glowworms. The new entrance and restuarant is beautiful. 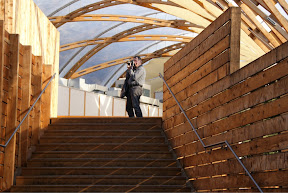 We then continued towards New Plymouth on some very twisty and winding roads. 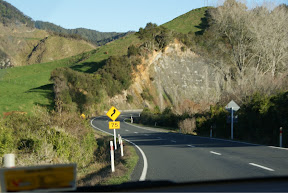 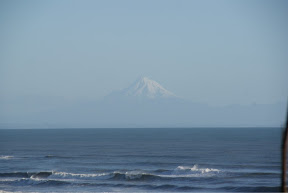 This was our first view of the mountain covered in snow. It looks like it is rising out of the sea. We stopped at Mokau for an icecream. 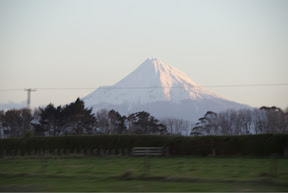 Another view of the mountain from the car window. 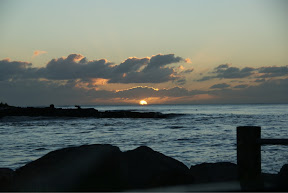 Waitara beach watching the sun go down.
We arrived in New Plymouth at about 6.30 and found a room at Aarons motel. After unpacking we headed into town for tea. We tried one place but it was too busy. We finished up at Crowded House which had heaps of TV's featuring different sport. We watched the rugby on the big screen. The chiefs won. The food was great but I forgot to take a photo as I was too hungry.
We headed back to the motel to watch the rest of the match and to prepare for tomorrows leg of the trip.